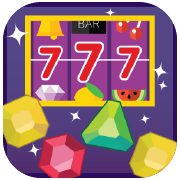 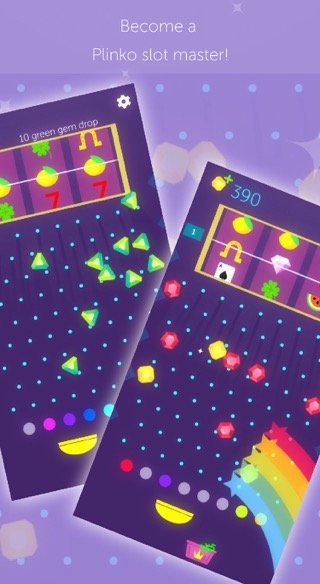 Gem Plinko is a simple, stylish and fun game featuring realistic physics and a nostalgic art style making it a very easy game to pick up, but hard to put down!

Drop colourful gems and watch them satisfyingly bounce between pegs. Get them in the moving cups below for higher gem return!

Red gem drops will also appear from time to time. Score the red gems to earn a special bonus 'shower' drop on up to 50 free gems.

Sink the green gem for a turn on the slot machine. There are a whole bunch of boosts available that can be viewed on the Pay Table screen for more details.

Compare your scores on Game Center and compete against friends.

Light up all of the colours at the bottom of the screen to win prizes! Collect 'em all!